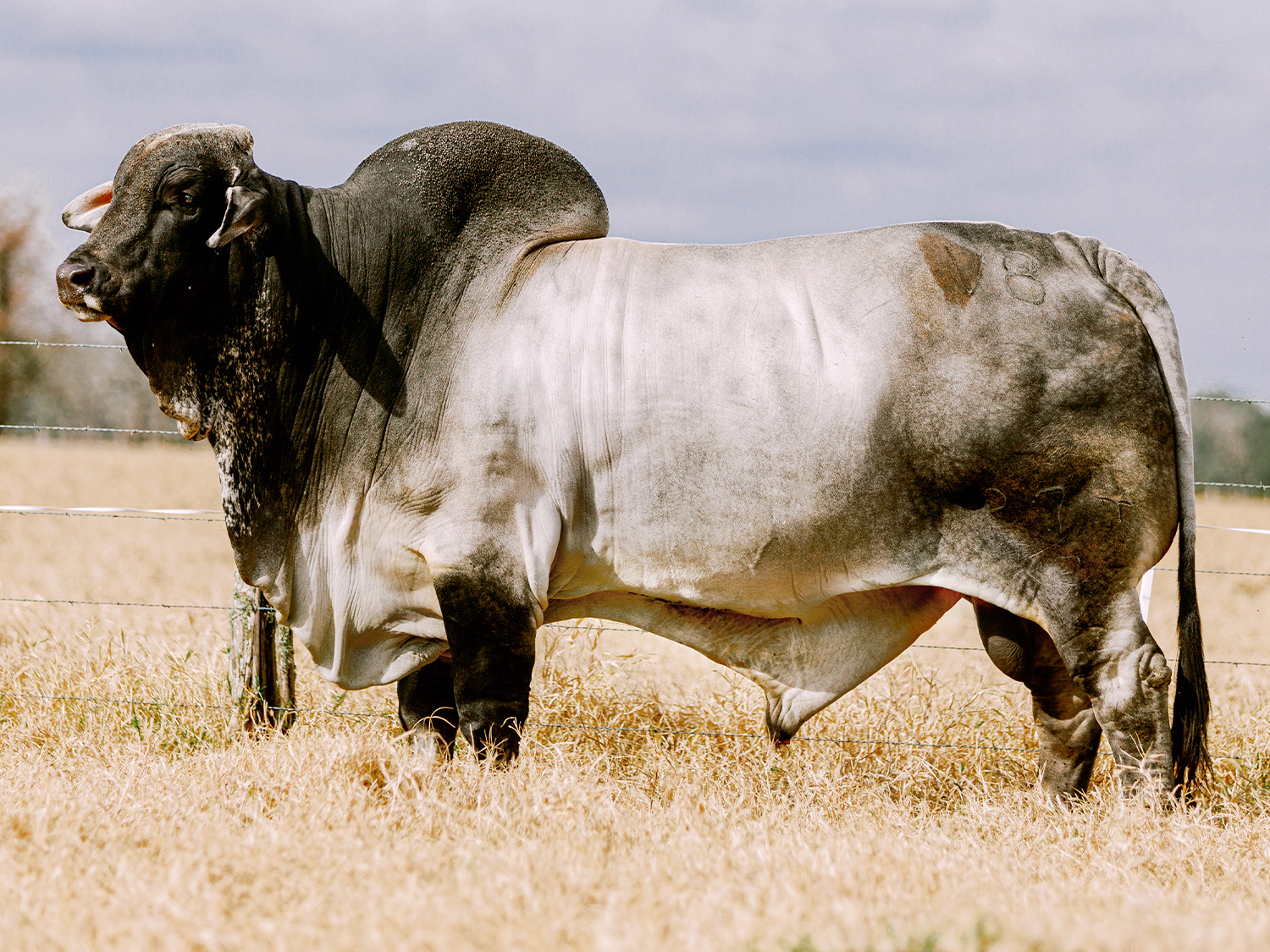 Known throughout the world for his great disposition.  Mr. V8 274/7 is a high performing bull that excels in many areas.  His sire is the outcross bull Mr. V8 354/6 who was shown by John Michael Moss and later sold as a herd bull for Windy Hill Ranch.  After V8 saw the calves at Windy Hill they used 354 in their AI program and found the calves to be heavy muscled, good natured, and performance oriented.  Mr. V8 274/7 was Reserve Grand Champion at the 2013 Kickoff Classic and has been a consistent show ring champion and contender throughout his show career.  This semen was not on the public market before was added to Bovine Elite’s lineup in 2017 as a fresh new sire that was never before offered.  His initial U.S. offering of 100 units was available during Houston 2015 and sold out in 3 days.   George is a Multiple Trait Leader with a top 1% for CWT, a top 2% for WW and YW, a top 5% for REA and a top 6% for SC. George is currently being used as a natural service sire at V8 Ranch. 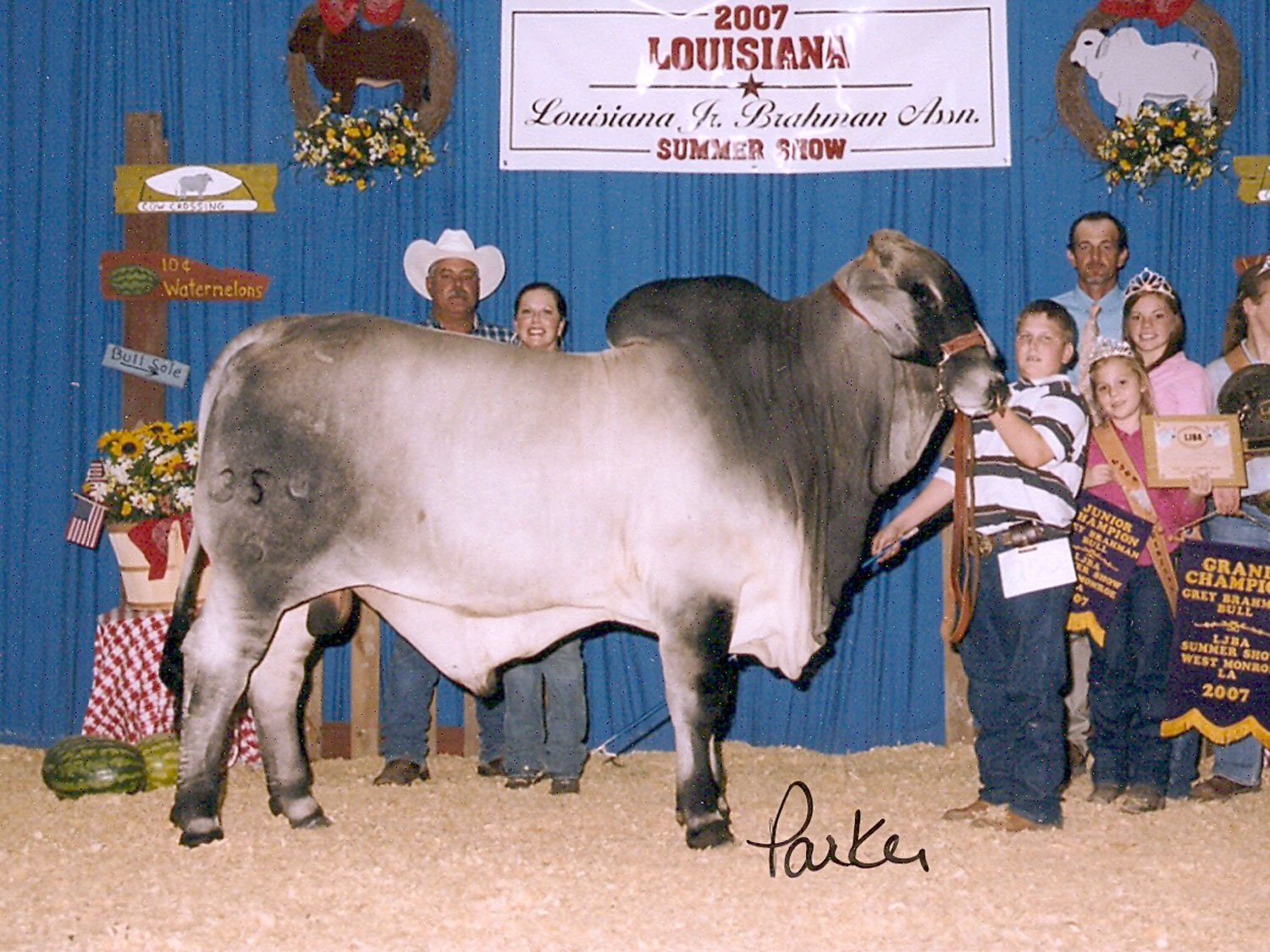 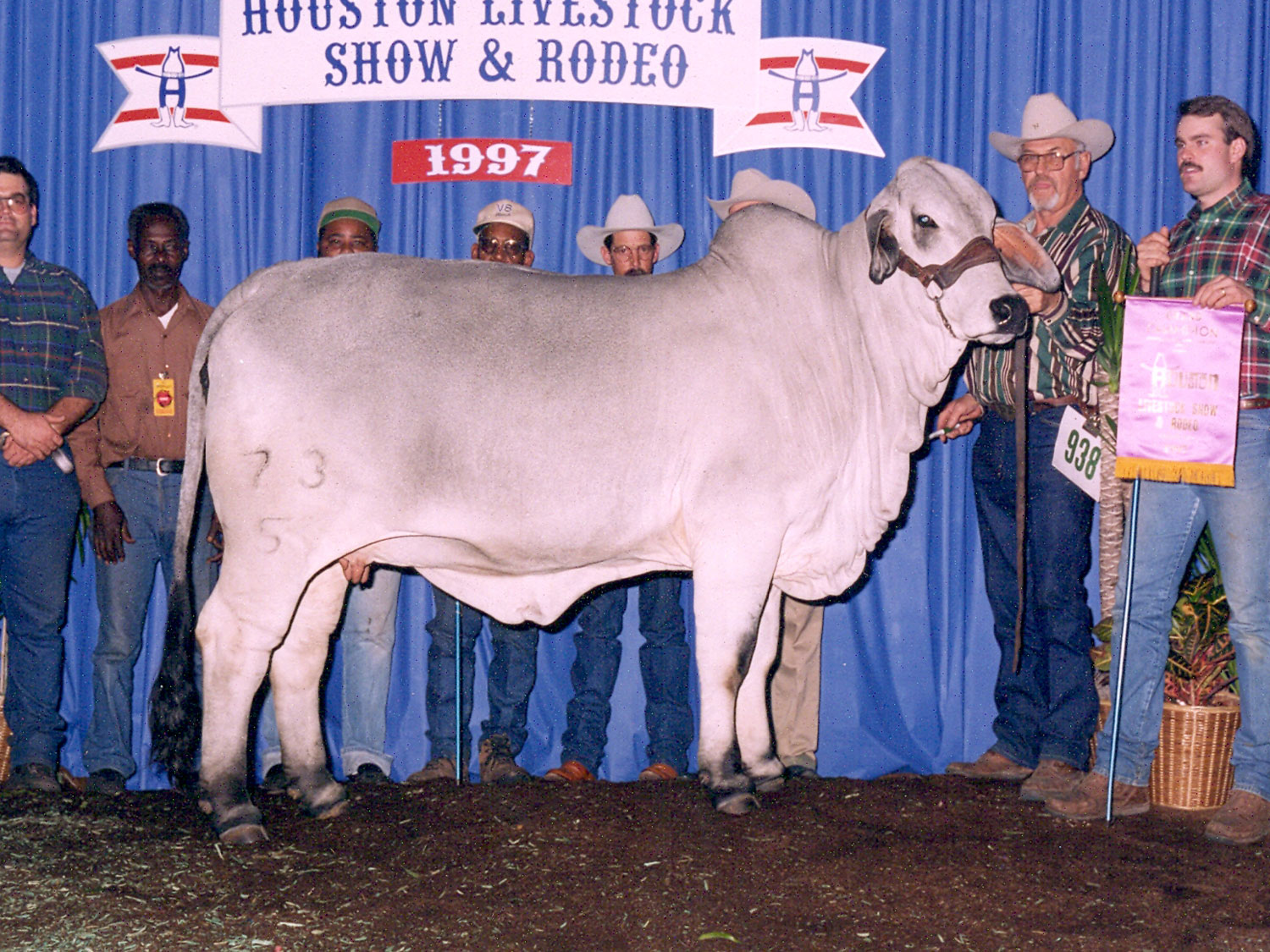 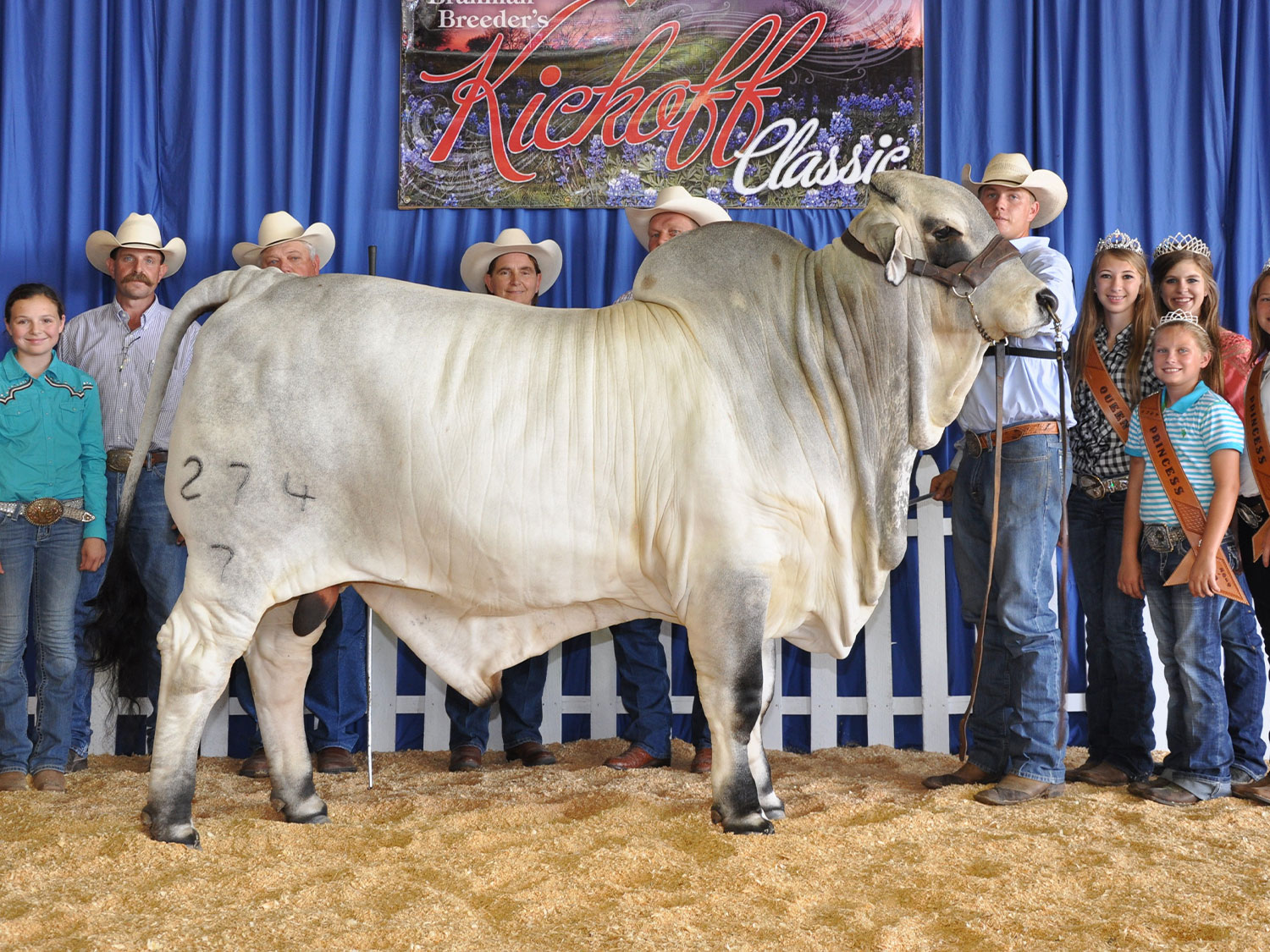 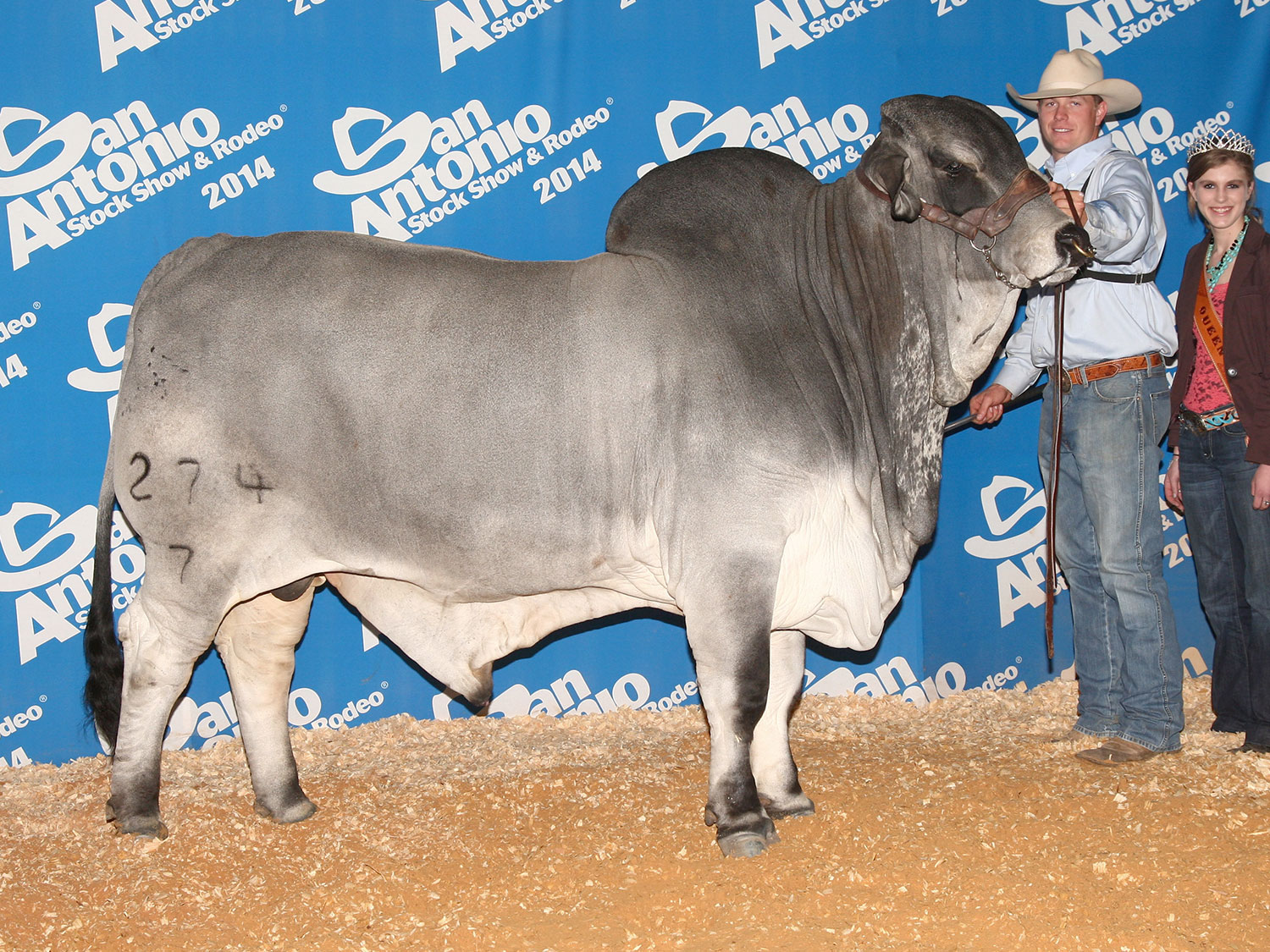